Fragments from the Gone World 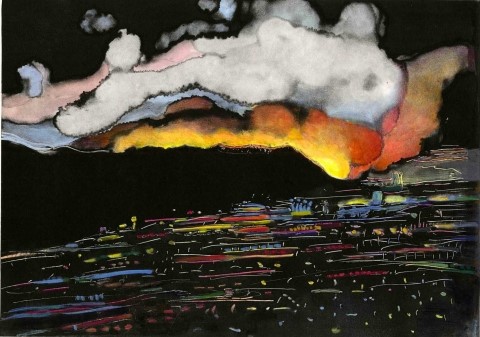 Louis Congo
they called me when I was alive,
my slave name – Louis for Louisiana,
Congo for where I was taken from.
Portuguese taught me to read and write
but sold me off to the Frenchman
who took me to New Orleans
when she was young in 1721.
Why they set me free to do their killing
I’ll never know except they did not want
to do the deeds themselves I’ll suppose.

Hung many a man both black and white,
broke their limbs on the wheel if need be;
flayed the skin from their backs if told to
with newly knotted cat o’ nine tails.

This work got me my own house,
my own gal, and all the wine I could hold.
Now I am here with all the rest.

All them ghosts I sent before me
come to mock me every day
saying: No matter what you got,
no matter where you go,
no matter how well you lived,
we all end up in the same place.

Homer basked himself in Cretan sun :
the bright glare of light off the Mediterranean
flashed the pan of his retinal scan
blinding him while still young
but giving him Mnemosene’s gift :
Memory. Plato’s goddess
sent him succor, preserved thus
his lengthy line on down thru the ages
by sending him sages, singers
to keep his heroes alive
floating ceaselessly on the wine-dark sea.

from   Eavesdropping in Plato’s Café

Featured Print:  L.A. Burning  by  Linda Lyke is from a
series of paintings of destructive fires in the LA skyline.