is a small press that publishes poetry and historical fiction. We also publish poetry, art, and videos at our Gallery Blog. 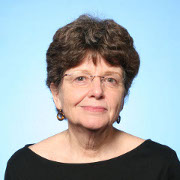 Nancy produced and directed Ecstasy & Death: Keats and Shelley in Rome, which was screened at the Utopia Film Festival in Greenbelt MD, an Award Winner at the Rome International Movie Awards, a Semi-Finalist in the Stockholm City Film Festival, a Nominee for the Falcon International Film Festival, and accepted at the Roma Cinema Doc festival.  She wrote, produced and directed In the Footsteps of Newton, which was broadcast by PBS in Indianapolis and screened at the the Utopia Film Festival. She also wrote, produced and directed Leonardo: The Engineer.  She won an Aegis award as co-producer of William Blake: Inspiration and Vision.  She was an art director for the film The Age of Insects, which was screened and archived at MoMA as part of their exhibit Club 57: Film, Performance, and Art in the East Village, 1978–1983.

She was featured in the documentary The Untold Story of the Kent State Massacre, which was screened at Kent State at the annual May 4 Commemoration in 2015. She worked for Crosfield Composition Systems at newspapers in the US, Canada, England, and Sweden. Her book, Learning to Reason: An Introduction to Logic, Sets and Relations, was published by John Wiley & Sons. The game space she designed for it received a Merit Award from the Society for Technical Communications. She designed the software Groups Unlimited for algebraic structures.  She is a professor emeritus of mathematics at Hanover College.

We encourage you to send