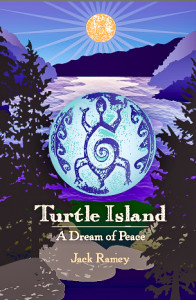 350 BC (Before Columbus) in the land between Niagara and the Great Salt Sea, in a world where no Europeans had set foot, there lived Five Great Nations caught up in a cycle of bloody revenge wars until a holy man showed them the path to peace.

Turtle Island is the gripping saga of Hiawatha, a man obsessed with revenge for the savage murder of his four daughters. It is the tale of Orios, a young flute player whose love for Hiawatha’s daughter leads him on the path to manhood. And it is the epic story of the holy man Dekanawida, who, with the help of Hiawatha, heals the wounds of the Five Iroquois Nations and forms the first democracy on the American continent.

Set in a matriarchal culture in the lake region of New York, Turtle Island takes the reader back to a time when people respected the Earth as the mother of life and based their democracy on what it means to be a true human being who cares for Mother Earth and the welfare of her unborn children. The novel deals with profound issues of family, spirituality, war, peace, democracy, and the nature of good and evil. It has a special appeal for any reader interested in history, feminism, Native Americans, spirituality, ecology, or a bloody saga of murder and revenge.

This quest for spiritual healing and peace has a powerful message for the modern world immersed in similar revenge wars and a divisive struggle to protect the resources of the earth for future generations.

Turtle Island: A Dream of Peace

As a student of anthropology at Kent State, Jack wrote a paper on
Lewis H. Morgan’s League of the Ho-de-no-sau-nee or Iroquois. Since
then he has continued his lifelong fascination with the People of the
Longhouse, which led to the creation of Turtle Island. 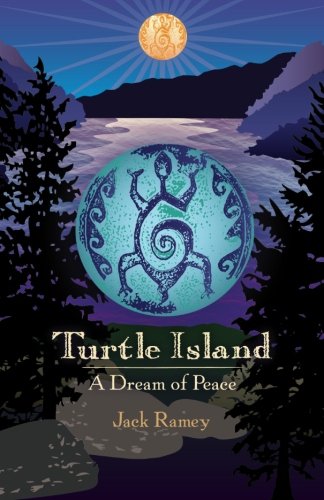