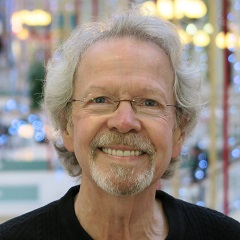 Jack is a poet, author, performer, and former chair of the English Department at Indiana University SE, where he taught creative writing and literature. His documentary Ecstasy & Death: Keats and Shelley in Rome was accepted for and the Roma Cinema Doc film festival and the Rome International Movie Awards.  His poetry books include The Future Past, Death Sings in the Choir of Light, and Eavesdropping in Plato’s Café.  His historical fiction, Turtle Island: A Dream of Peace, tells the story of the founding of the Iroquois Confederacy, which was the first democracy on the American continent. His documentary, William Blake: Inspiration and Vision, won an Aegis award for best educational film.  His one-person show Dark Is a Long Way: An Evening with Dylan Thomas ran for two years at the 13th Street Theater in NYC, at the Odyssey Theater in LA, and toured the country. He frequently posts poems, videos, and audios for Springwood Press. 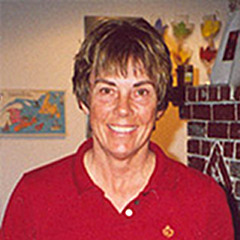 Linda, an L.A. artist and Professor of Art at Occidental College, is known for her printmaking, multicolored abstract monotypes and mixed media work. Linda’s work explores two distinct artistic directions; one which investigates the intuitive process of abstraction and the other which references the destructive beauty in nature. Her prints, Drone Warfare, Kent State 1970, L.A. Burning, L.A. Fragmentation, Burial Find, Found at Sea, Shipwreck, Macondo Blowout, Arroyo Vista, and several others are featured in the Springwood Poetry and Art Gallery. 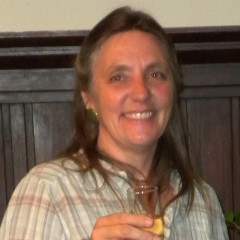 Susan Reycroft has been an artist for the last 30 years and teaches ceramics at YoloArts. She has a Bachelor in Fine Arts with a focus on ceramics and sculpture from Syracuse University. Her work has appeared in several galleries, most recently in the West Indies. Her silk paintings Blue Dancers and Planting Dance are featured in the Springwood Poetry & Art Gallery. She especially enjoys traveling to Africa to volunteer at orphanages and photographing the wildlife in their natural habitat at rather close range.

Rick Lostutter has more than 25 years of experience as a visual designer, serving corporate and non-profit institutions for print, multimedia and interface design solutions. He designed the cover for Eavesdropping in Plato’s Café and Turtle Island. He teaches graphic and visual design as part of the Studio Art program for Hanover College. As art director for Hanover College, his primary responsibilities include the oversight, management and creation of printed and electronic materials for all campus print publications that circulate to both internal and external audiences. 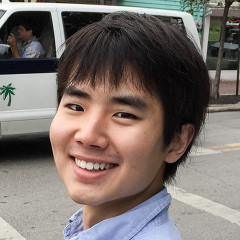 Naoki Sawahashi is the IT manager at Springwood Press and maintains our website. He also works on e-book publishing and recently released an e-book version of Turtle Island.  In the summer of 2015, Naoki was selected to participate in the Wolfram Summer School with Stephen Wolfram.  His research project was sonification of data, and he worked on developing a website to show time series data as nonverbal sound. Naoki is also a photographer and videographer for Hanover College, and he has directed 6 videos for Springwood Press and maintains our Youtube channel.

Bernie Kasper is a photographer from the historic town of Madison, IN, on the banks of the Ohio River. You can follow his photo essays at Madison Indiana Photography, which convey the beauty of the area along with information on the various places.  In addition to historic architectural photos, his photo essays feature the rich diversity of topography and wildlife in the Madison area, the scenic Ohio River, the canyons and waterfalls of Clifty Falls State Park, and the Big Oaks National Wildlife Refuge. You can also follow his work on Flickr and Pinterest.  He is the owner of Coolpicsphotography, a full service photo studio which specializes in Family, Senior and Wedding Photography, Sports Events, and Nature Photography.