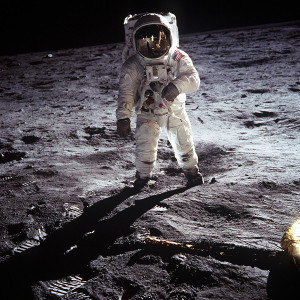 No savage fit of barking
Will bring back the kiss of Eurydice.

And the calm dusty breasts of Helen
No longer sweat for the heat of cold Paris.

Melting to a solid chemistry
Before a billion bloodshot eyes :

After hitchhiking across the country with my old road buddy, Dan Miller, we landed in the mecca of flower power, Haight Ashbury, on July 20, 1969. That evening we sat around a small black and white television set with a few new friends and watched as Astronauts bounced around on the surface of the moon. Unlike most Americans, I was horrified. The moon to me was sacred, a goddess, Diana/Artemis, the tripartite virgin huntress of the skies, the Triple Goddess of poetic inspiration. As I watched the Death of Myth, the triumph of technology and science over ancient pagan Earth Religion, this poem surfaced as a howl of protest against the blasphemy of techno-hegemony.


＜ Fall of Rome
＞ All at Sea