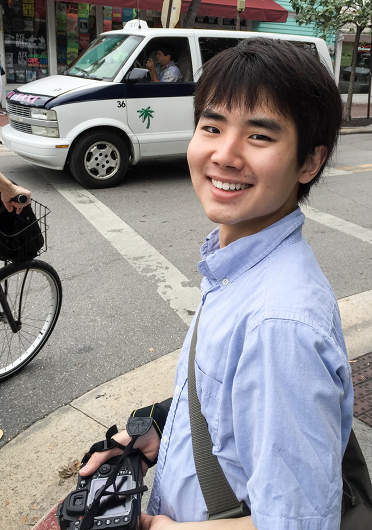 Naoki Sawahashi is a Computer Science and Math major from Tokyo, Japan, who hopes to develop a non-invasive interface between humans and computers in his future career.  He is currently working towards his bachelor degree at Hanover College in the United States, and will graduate in 2017. In the summer of 2015, he was selected to participate Wolfram Summer School with Stephen Wolfram.  His research topic was sonification of data, which is describing data in nonverbal sound.  Naoki was particularly interested in an application of sonification in real data analysis, and developed a website which describes time series data as nonverbal sound with various methods.

Naoki has a wide range of interests. He started his career as a classical pianist when he was 4 years old and gives classical recitals annually. He loves Chopin’s nocturnes and cinema music composed by Joe Hisaishi. He is also a serious photographer and videographer. He does videography and photography for the Communication Department at Hanover College and he shoots a wide range of school events and basketball games.  He will direct Stars over Italy, an educational documentary film about math history in Italy this coming May.  He believes there is a strong relationship between artistic beauty and scientific integrity, which has motivated him to study both science and arts throughout his entire life.